The benefits of Colon Hydrotherapy

You are here: Home / blog / The benefits of Colon Hydrotherapy

This method of colonic targets dysbiosis, or the disturbance in the natural relationship between humans and their intestinal bacteria. In order to strengthen and develop this cohabitation, we use bacterial preparations, administered orally or rectally, in order to optimise the milieu of the large intestine.

Due to problems, such as poor nutrition, processed food, and an unhealthy lifestyle, environmental impacts, toxic medical substances, such as antibiotics, or psychological burdens, such as stress, the equilibrium of bacteria in the body is disrupted. The increasing use of antibiotics has a particularly negative effect, by preventing the body’s tissues from detoxifying correctly, including a slagging in the intermediate cell tissues, thickening and accumulation of protein in the lymph and surrounding areas, and decreased oxygen supply to the body’s tissues. As a result, the body’s tissues are unable to detoxify correctly. 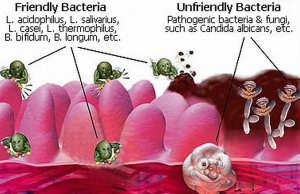 The intestine is the most important organ of the immune system, with 80% of the lymph system residing in the walls of the small and large intestines, in the form of Peyer’s plaques.  Thus, with intestinal inertia and the wrong intestinal flora, the defence forces weaken. The intestinal mucosa is the demarcating surface between the inner and outer parts of the intestine. In order to maintain proper health, this surface must remain intact. Taking into account all of the vital roles performed by the colon, it is of utmost importance to take proper care of this organ.

Fatigue, depression, loss of energy, lack of concentration, increased aggressiveness and negative psychological conditions can be the result of a poorly maintained intestine. Illnesses, such as susceptibility to infections, constipation, respiratory problems and sleep disturbances can also develop from the same cause. Chronic inflammation disorders, such as rheumatism, poly-arthritis, skin inflammations, psoriasis and acne are also consequences, as well as circulation disturbances, such as high blood pressure, migraines and other cardiovascular problems.

The majority of allergies are directly related to the non-functioning of the intestines, since the intestine, with its over 300m2 surface, is the largest mucous membrane surface of the human body. For this reason, most poisonous materials, absorbed by the body, pass through the intestines and are expelled through the intestines. The liver, kidney, lymph, lungs and skin surface are all secondary as organs of detoxification.

Stress, whether psychological or physical, affects the muscle tension of the intestines, leading to cramps and inflammatory changes of the intestinal mucosa, and even ulcerative colitis (colitis ulcerosa).

Functions of the large intestine

The main responsibility of the large intestine is absorption of water, minerals and vitamins. Another function is, as described above, the elimination of toxic material. In most cases, it is the intestinal bacteria, which lines the whole large

intestine like a fine film that distinguishes between what the intestines should eliminate or absorb. The large intestine is populated with several billion coli-bacteria and other bacteria, which synthesize vitamins, such as biotin, folic acid, nicotine acid and vitamin K, while preventing toxic material from being absorbed, and, above all, destroy foreign or disease-causing bacteria. The functional intestinal flora is irreplaceable for the absorption of vitally necessary amino acids, fatty acids and other trace elements.
Nutrition
A healthy nutrition is super important for high-functioning intestinal flora. Fort Langley colonics recommend a balanced, regular diet of whole, natural foods, including a variety of seasonal fruits and vegetables, legumes and whole grains. Animal proteins should be avoided as much as possible (should only be eaten one to two times a week), since they lead to increased rotting bacteria settling in the large intestine, which causes an increased inclination toward inflammation of the intestinal villi, rotting gases and unpleasant flatulence. Additionally, the consumption of carbohydrates, such as sugar and white flour products should be reduced as much as possible, since it can lead to an overproduction of mucous and acid inside the organism.

How does Colon Hydrotherapy work? 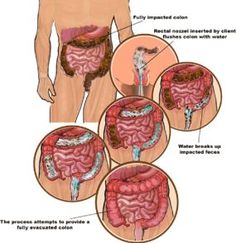 Contrary to normal enemas, the entire large intestine is treated using Colon Hydrotherapy. Filtered water, adapted to the comfort of the patient, is introduced into the rectum through an intestinal tube. Then, in a closed system, using low pressure, the water and dissolved intestinal contents are released through a discharge hose. All of this is accompanied by a massage of the lower abdomen.

The colonic successfully expels stagnant stool and rotten material, which has accumulated along the walls of the intestines over time. As a result, the overall functioning ability of the intestines increases considerably, thereby improving its detoxification ability.

Throughout the treatment, which generally takes 30-45 minutes, the patient remains relaxed, in a lying position, while enjoying a gentle massage of the lower abdomen.

Through this strong vegetative stimulus, the intestines begin to work again and peristalsis is promoted. In this way, colon hydrotherapy positively affects stool regulation and the functioning of the vegetative nervous system, extending far over the treatment cycle. The system used for this procedure is closed, and the treatment is completely clean.

After the colon irrigation, drink plenty of water, tea or bouillon to replace the fluids that were expelled through colonics.

Colon Hydrotherapy is recommended in the following cases:

Difference Between Enema And Colon Hydrotherapy

Strictly Necessary Cookie should be enabled at all times so that we can save your preferences for cookie settings.

If you disable this cookie, we will not be able to save your preferences. This means that every time you visit this website you will need to enable or disable cookies again.

This website uses Google Analytics to collect anonymous information such as the number of visitors to the site, and the most popular pages.

Please enable Strictly Necessary Cookies first so that we can save your preferences!